In Defense of Bangkok’s Malls…Mostly

It’s hard to escape the hubbub around ICONSIAM, Bangkok’s newest mall. For those who aren’t too familiar with Bangkok and may be laughing at the fact that a shopping mall is worthy of hubbub, well…you need to live in Bangkok a bit longer. Shopping malls are a big business here, to chagrin of many who think Bangkok has way too many malls as it is; to those people, opening a new one is just a needless waste of money and space.

Well, in my opinion, those people are not wrong…but their argument lacks nuance. I think ICONSIAM is a great addition to the area that it’s in (with some caveats that I’ll discuss below). I also think that the “mall question” is much more complicated than simply saying “too many malls”, so let’s look at some of the issues at play: 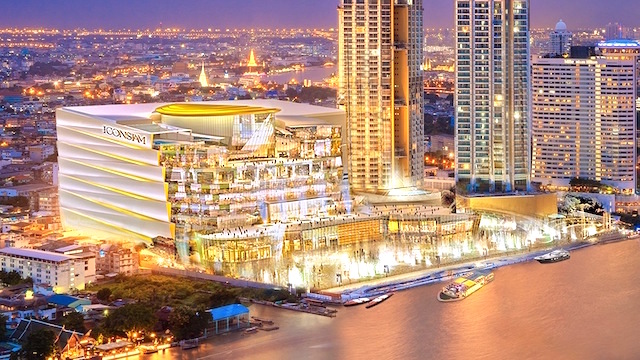 I think that all modern cities need malls, just like they need airports and parks. I’m sure there are those who think that we’d be better off if we lived in equilibrium with nature and ate a plant-based diet and frolicked in the riverbank every day instead of sitting in traffic every day. I will agree, that sounds pretty nice, but it ain’t the case. The facts are:

Taking those things into consideration, I think we can agree that Bangkok needs malls. Of course, how you define ‘mall’ can vary greatly, but for our purposes, I would say that a ‘mall’ is any place where you can spend 4-5 hours, have a meal, see a movie, catch up with friends, do some shopping, or any combination thereof. Using these criteria, Big C, Robinson’s, Central Dept. Store, and one-off places like Riverside Plaza don’t qualify as malls, as they’re more single-use destinations for groceries, dining, fashion, etc.

So when people say “Bangkok doesn’t need more malls,” I don’t think they have a problem with the actual mall. Do Bangkok’s malls have to be as offensively huge as they are? No. But I think most people would agree that they’d rather go to one place to get everything done versus running all over town, stopping at 5 places to do 5 things, dealing with Bangkok’s traffic and/or transit woes.

So the problem would have to be the amount of malls in Bangkok.

The anger directed at ICONSIAM is, I think, a bit unwarranted. If it had opened on, say, Asok or they had knocked down the Scala Theater to build it, then yeah, I think the anger would be justified. But take a look at the photo below where I’ve marked most of Bangkok’s bigger malls. 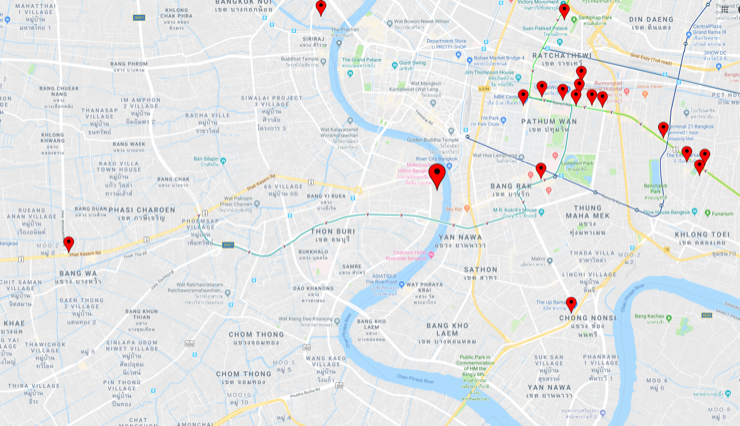 But if you look at the Thonburi side of the river (the big pin is where ICONSIAM is), you can see that there are very few malls. There are smaller ones, like the Mall Tha Pra, but that, I think, fits into the category mentioned above; you’d be hard-pressed to spent more than a few hours there without seeing all there is to see. I know I’m splitting hairs here, but I have to draw the line somewhere.

The Elephant in the Mall

But even if you don’t have a problem with the malls themselves, or even the number of malls, I think most people can agree that every new mall – ICONSIAM being just the latest example of this – selling itself as the most luxurious, bestest, most amazing thing that Thailand has ever witnessed is pretty gross. When you see stories like this that say Thailand’s poverty rate grew 20% between 2015-2016, or that Bangkok has 30% more retail floor space than Tokyo – Tokyo! – it does make you wonder: when will it ever be enough? Just like the crash in superhero movies will come eventually, so too will the crash in Bangkok’s malls.

Maybe they need to make a rule like, for every 10 million baht you spend on a mall, you need to spend 1 million baht on a cultural or civic attraction like a museum or a park or a bike trail. And keep the goddamn tuk-tuk’s from parking on it.

But one story that I can’t help but repeat here: when The World Trade Center (now called Central World) went through a multi-year, multi-million dollar renovation and expansion in 2007, it was nearly a given that it would fail; that there simply wasn’t enough people to support it. There was a seminar at the Foreign Correspondent’s Club about Bangkok’s “growth at all costs” mall mantra, which I attended, and I distinctly remember laughter when the moderator read how many people the mall needed to attract per day to succeed (I think the number was 150,000). If you’ve ever been to Central World on a weekend, I think it’s clear who’s laughing now.

Anyway, I will say that my opinion is biased by the fact that I live in Thonburi, close to ICONSIAM, and so a new mall close to my condo where I can go and watch a movie and buy some t-shirts and meet a friend for coffee and stroll by the river is pretty nice. But for now, I think Thonburi is good for malls, thanks.