Meanwhile, in Bangkok…The Smallest Tuk-Tuk Ever

Tuk-tuks and Bangkok go together like spaghetti and meatballs. So much so that even those who haven’t been to Bangkok can probably tell you the size and shape of your standard tuk-tuk. I thought it was a pretty easy too, until I was stuck in the back of a taxi and this tiny little beast roared by.

I mean, what is it? Is it like…a specially constructed tuk-tuk for navigating particularly narrow sois? A home-made one-off that some guy built in his garage?

It’s easily half the width of a real tuk-tuk, especially the newer ones with a roomier passenger compartment. And I know there’s room for this woman and her flowers in that seat, but trust me – I’d barely be able to squeeze my farang-sized ass into that thing with a shoehorn. 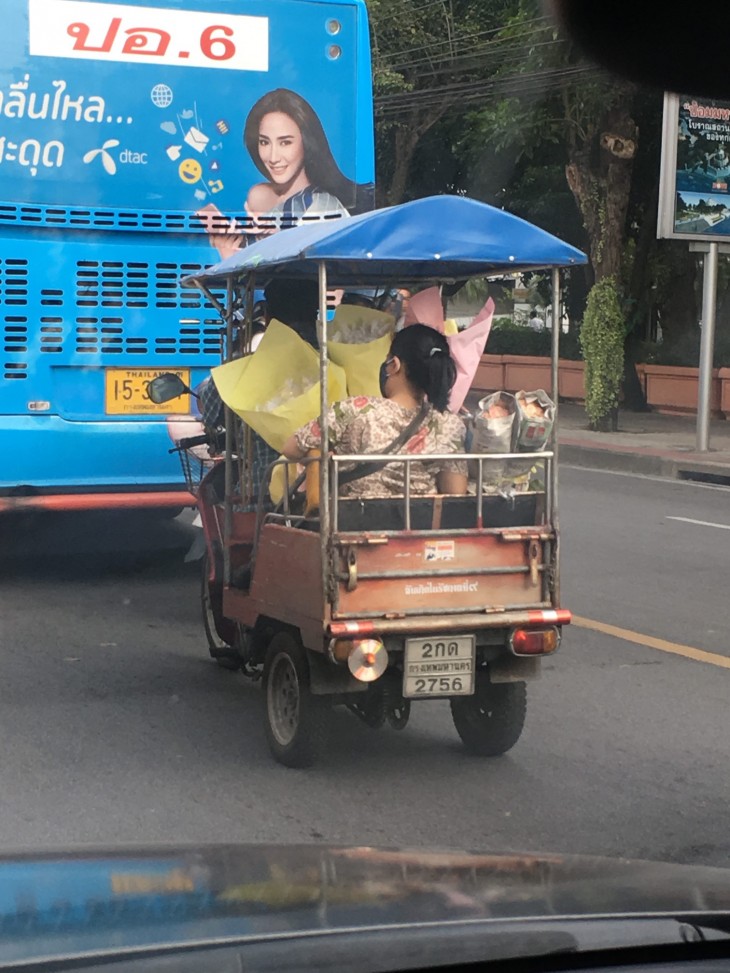 My favorite part is the CD covering up the light. Safety first.

Whatever it is, it’s probably pretty easy to drive through traffic. It’s narrower than a real tuk-tuk and not much wider than a motorbike, so…yay?

Whoever you are, good on you, weird mechanic MacGyver guy.