Three of my Favorite (Secret) Places in Bangkok

On a recent episode of the Bangkok Podcast, which I co-host, we asked listeners to submit any questions they had about the show or us that we would answer during our 50th episode. We got a good number, and answered most of them, but I wanted to post a bit of an addendum to one of them that got me thinking.

A listener named Dan asked if we had any secret dining/drinking establishments in Bangkok. On the show (which you can listen to here) I said, roughly, “No way, Dan! That kind of intel is earned over hard years, and my secret establishments might be very different to someone else’s secret establishments.” So, much like I do when asked to describe the details of how I got my Ph.D in particle physics, I deflected, and chose not to answer. 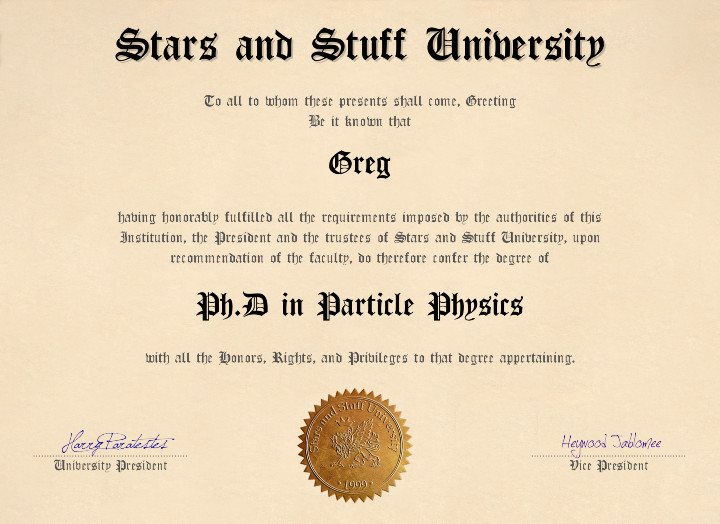 I don’t know why people laugh when I show them my credentials, they’re clearly legitimate.

BUT! I did think it’d be fun to list three of my favorites in a blog post, but not actually mention what they were. Bangkok insiders might see the photo and realize which place it is, while others might be encouraged to head out and make their own discoveries for their own list.

Bangkok is a city with a million secrets and a thousand hidden corners, so there’s plenty to go around. So, here are three of my favorite “secret” places in Bangkok to visit. 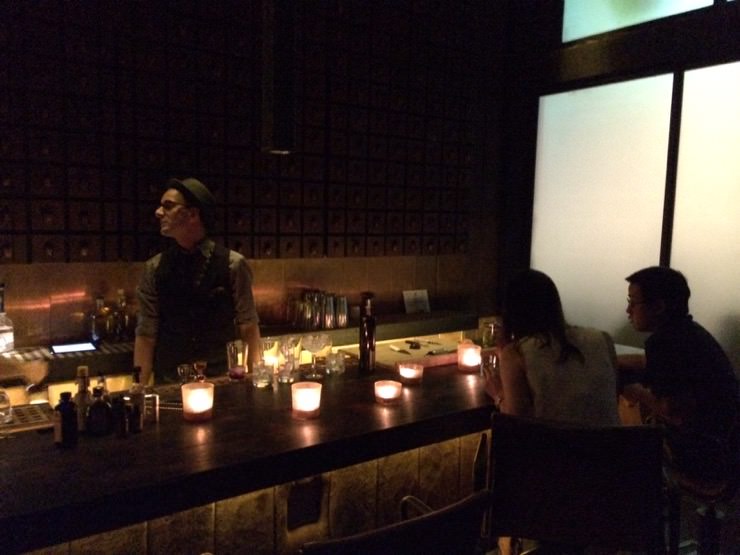 I’m not a crappy photographer, it’s supposed to be dark.

Okay, our first place isn’t really secret or unknown, but it sure heck and darn doesn’t have any signs out front or an advertising budget. It’s one of those places that’s well known among long-term or particularly hip expats, but it’s not a place you’d just stumble onto; you have to know about it before you’d go.

After a short walk down a tiny, dead-end soi with cat-calling girls on the corner, you can open a plain door in a plain wall and you’ll walk into this beautiful place. It ain’t cheap, but the drinks are excellent, the music’s good, and you’ll always bump into someone interesting. 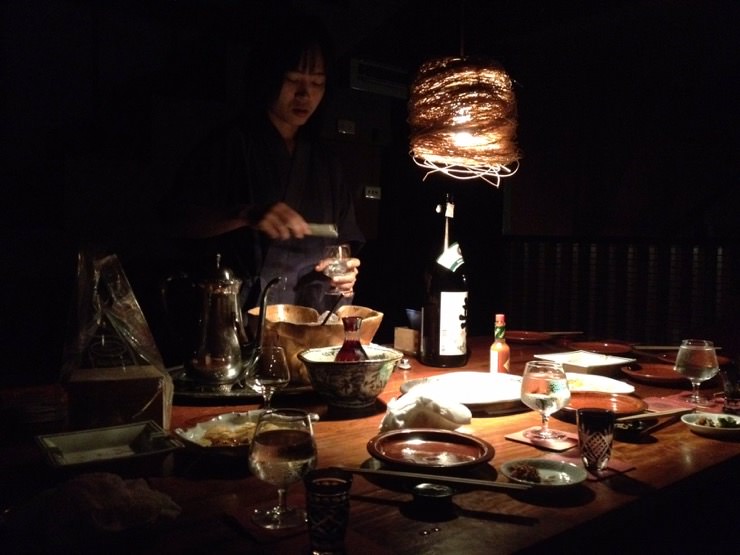 This place is on a very busy road. Ha, just kidding, it’s at the end of another dead-end soi known more for suspicious massages than anything else. Walk through the (completely unmarked) door and you’re presented with a long, exquisite wood bar, a ceiling-high shelf stocked with various Japanese liquors, and a staff ready to suggest the perfect selection for your mood. Jazz on the stereo. Quiet. Chilled out. Great place for sake and finger food. 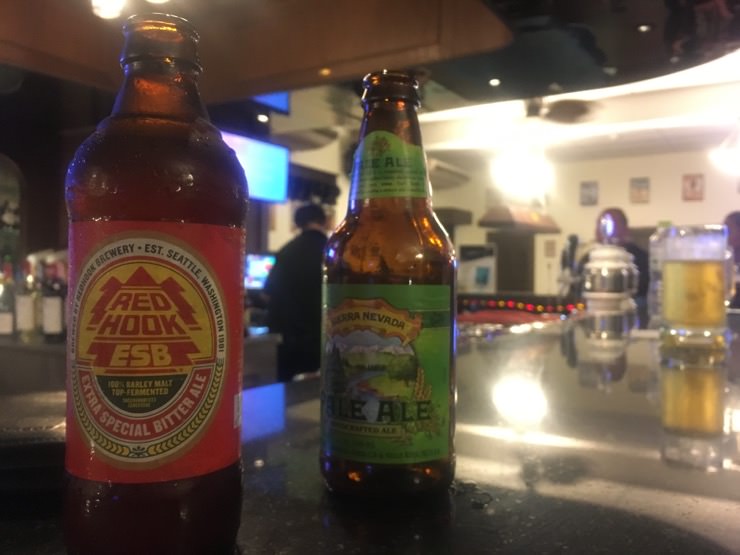 Let there be light! And beer.

Another place that a lot of people may have heard of, but not too, too many (in my experience) have been. This one is again accessed from an unmarked door in a wall (this time it actually is on a busy street). You have to pass some pretty heavy security to get in, but once there you can enjoy some of the finest imported craft beer without paying the exorbitant prices – like, 120b or thereabouts for that fine bottle of Red Hook in the photo, whereas you’d be paying double that or more anywhere else in town – if you could even find it here.

So there it is, just a quick list of three of my favorite places that not everyone knows about. Obviously they’re not just my places, and a good many other people go a lot more often than I do, but still…in a city like Bangkok, when you put the effort into finding a place that’s not listed in all the books and brochures and guides, it’s nice to keep your trap shut and enjoy it while you can.