Alert: This post is ultra-geeky. In my younger years, I used to play a bit of Dungeons & Dragons, the iconic role playing game with wizards and orcs and warriors and trolls and all that jazz. In the game, players can decide the ethical and moral makeup of their created characters, which guides their actions throughout the game. This is called a character alignment. These can be very good, very evil, or something in between. In fact, there are nine official alignments in the D&D universe, and I got to wondering – how would Bangkok’s disparate elements rank on this scale?

Bangkok is many things to many people, and Bob’s favorite facet of the city might be Jim’s least favorite facet. It’s highly subjective. But I still kept wanting to categorize things as much as I could, so I had a think and came up with Bangkok’s alignment chart. A quick refresher – the nine alignment categories are Lawful Good, Neutral Good, Chaotic Good, Lawful Neutral, True Neutral, Chaotic Neutral, Lawful Evil, Neutral Evil, and Chaotic Evil.

So, let me share the graphic I made that lays it out in handy picture form. I’ll post my explanations underneath. Click for the large version. 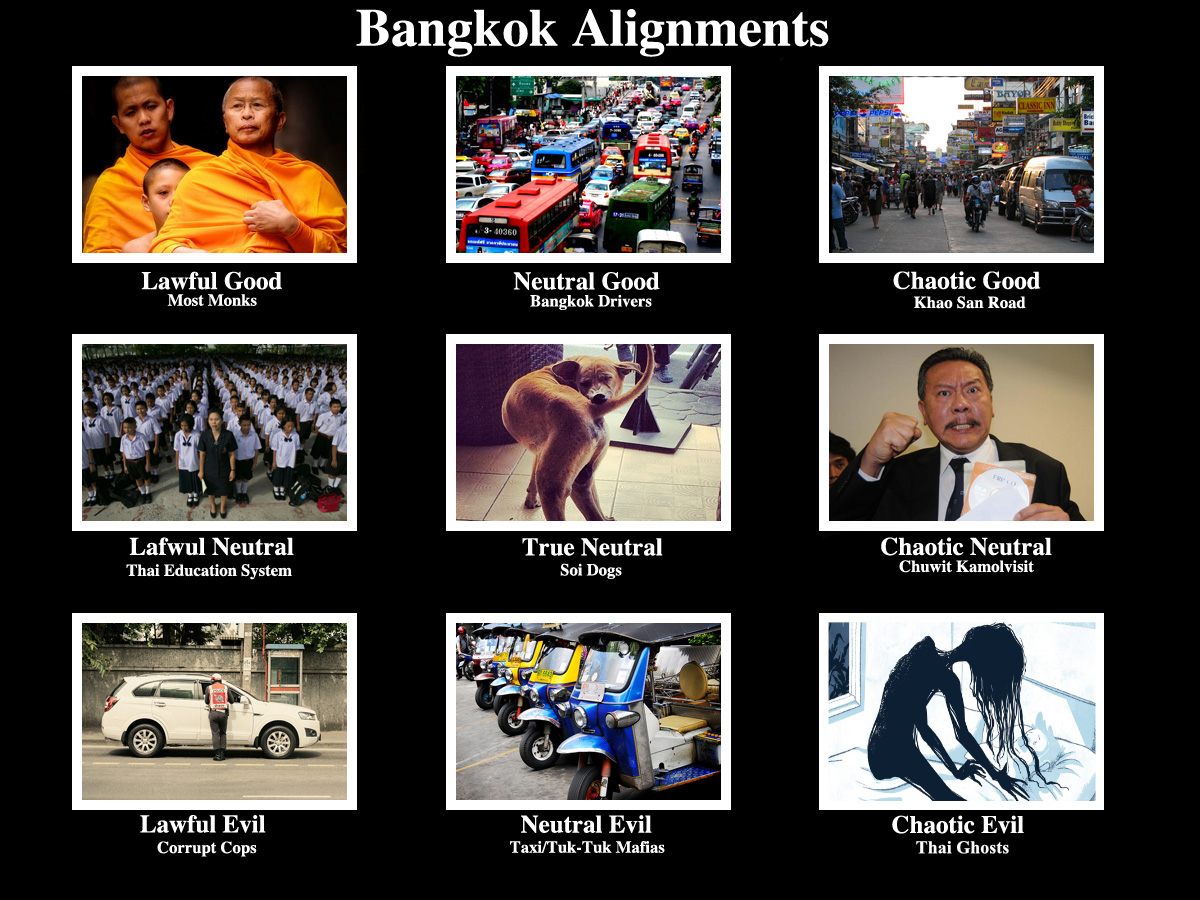 Lawful Good: Most monks. A Lawful Good character typically acts with compassion, and always with honor and a sense of duty.

Obviously, monks are the first thing that comes to mind when you think of the