Anyone who has spent any time in a Thai 7-11 has probably seen those little bottles of…drink…stuff. Everything from bird’s nests to collagen to essence of things. They’re peddled on television, usually by alarmingly young women wearing tight clothes who seem to be having just a wonnnnnnderful time hanging out and laughing together. Anyway, every time I walk by there seems to be another type of colorful little box, so I decided to find out what the hell they were. Also, it’s a long weekend and I have a new baby, so I’m stuck at home. Don’t let it be said that G2D doesn’t delve into hard-hitting journalism.

I randomly chose 7 of the drinks to take home. They’re not cheap either, ranging from 27 to 97 baht, although averaging about 40 baht. I wasn’t sure what to expect, so I sat down at my computer with a beer in hand in order to cleanse the palette between drinks, and started in. In fact, if you look at the picture below, you can see me typing this. 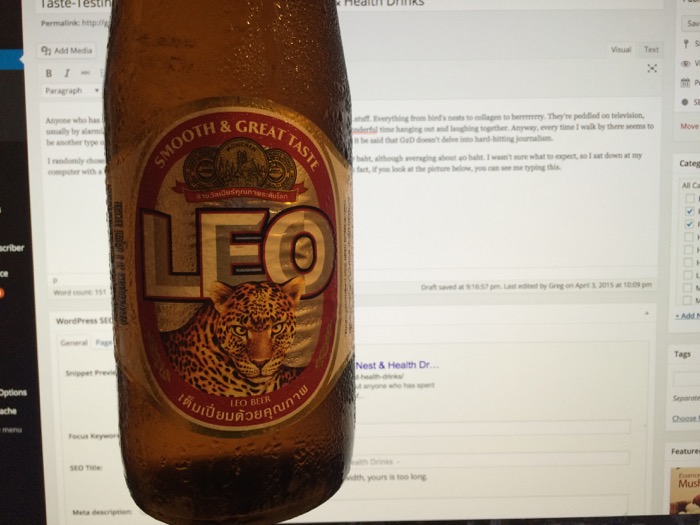