Meanwhile, in Bangkok…Sticky Rice in your Dairy Queen Blizzard?

Thailand is rightly known for its amazing food, a categorization that also applies to its many snacks and desserts. But what often gets overlooked is just how experimental Thailand is when it comes to recipes. Often times you’ll have two or more ingredients thrown together that make no sense at all – but somehow work. I’ve written about this before with Thailand’s version of an ice cream sandwich, but the other day I found something that topped it – the Double Mango Sticky Rice Blizzard at Dairy Queen. 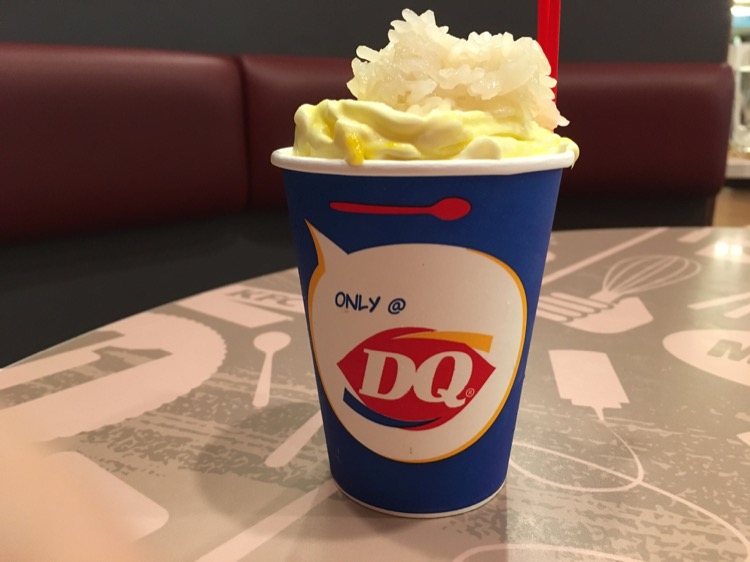 I was horrified when I first saw the picture – flashbacks to my post on a KFC corn sundae came and went – but as with most strange food items in Bangkok, I knew I had to try it. I ordered a medium (I’m curious, not a masochist), sat down and dug in. 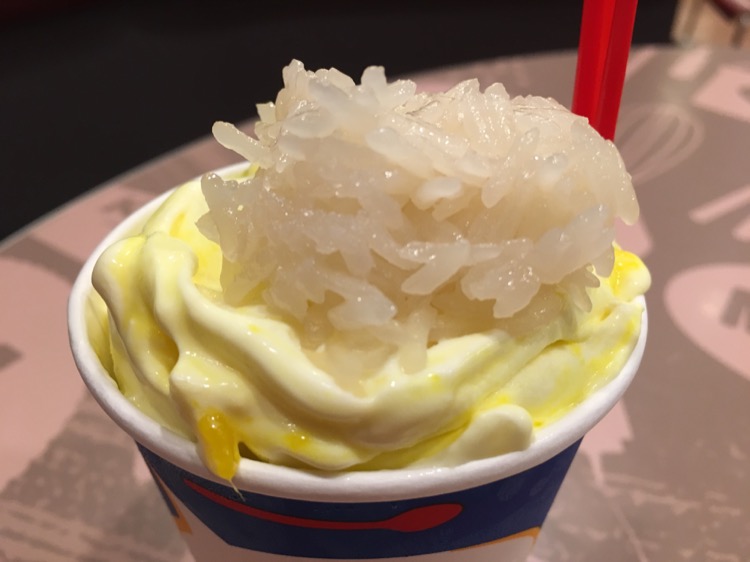 Surprisingly, it wasn’t half bad! I mean, mango and sticky rice is a legitimate flavor mixture (and one of Thailand’s most famous desserts), so that mixed with ice cream isn’t too crazy of an idea. Well, okay, it’s crazy but it’s not like they’re mixing toothpaste into their orange juice or anything. The sticky rice was distributed evenly throughout the ice cream, which added a strange but not unpleasant texture as I ate. 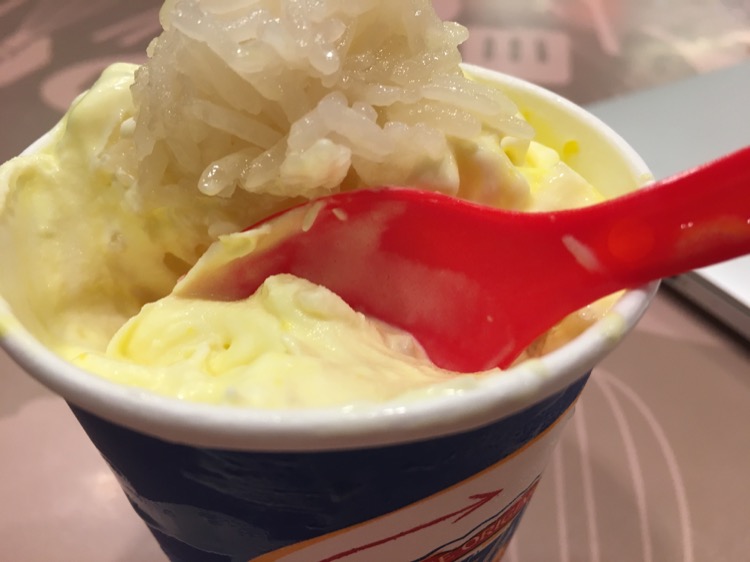 By the time I got to the bottom I was satisfied. It was better than I thought it would be, but it’s not like I’ll be heading back to DQ for more. Chalk it up as another interesting food experiment for the mad geniuses in the country’s kitchen. 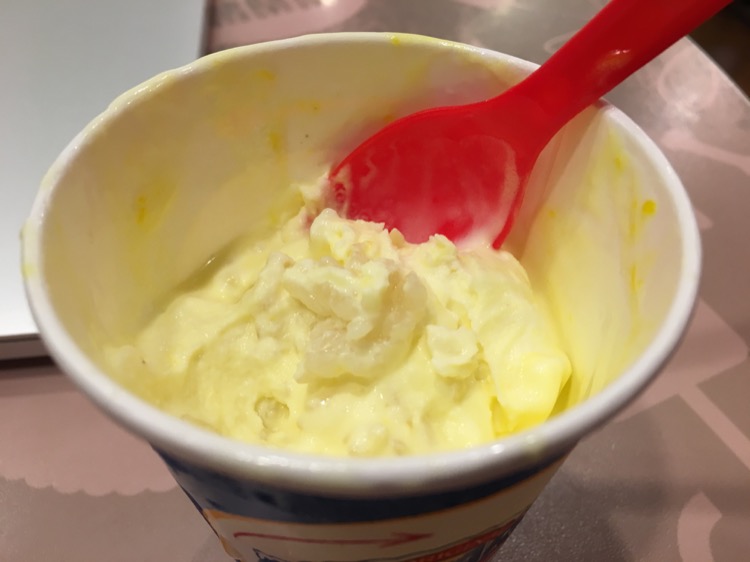 My son posing at the Museum of Contemporary Art. T

Suan Pa Benjakitti Park is right in the middle of

Scenes from a bike ride. Saphan Taksin to Ko Kret.

Last lunch at Muslim Restaurant after it closes af